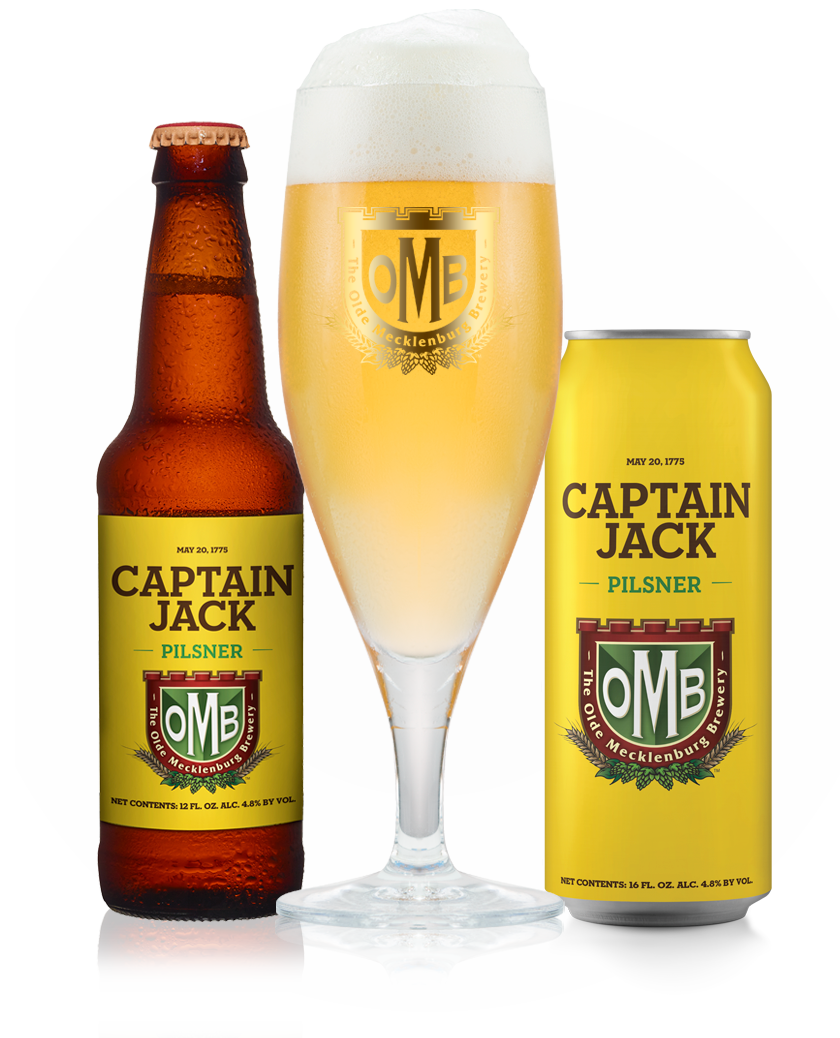 A SALUTE TO THE COURAGE AND VISION OF CAPTAIN JAMES JACK

The definition of a beer-flavored beer. This crisp, North German-style pilsner is a salute to the courage and vision of Captain James Jack and the members of the Mecklenburg Convention. On May 20, 1775 Captain Jack and his fellow patriots signed and delivered the first declaration of independence in America. This light golden-colored lager captures their rebellious spirit with a crisp, subtle hoppiness that complements the beer’s bready backbone.