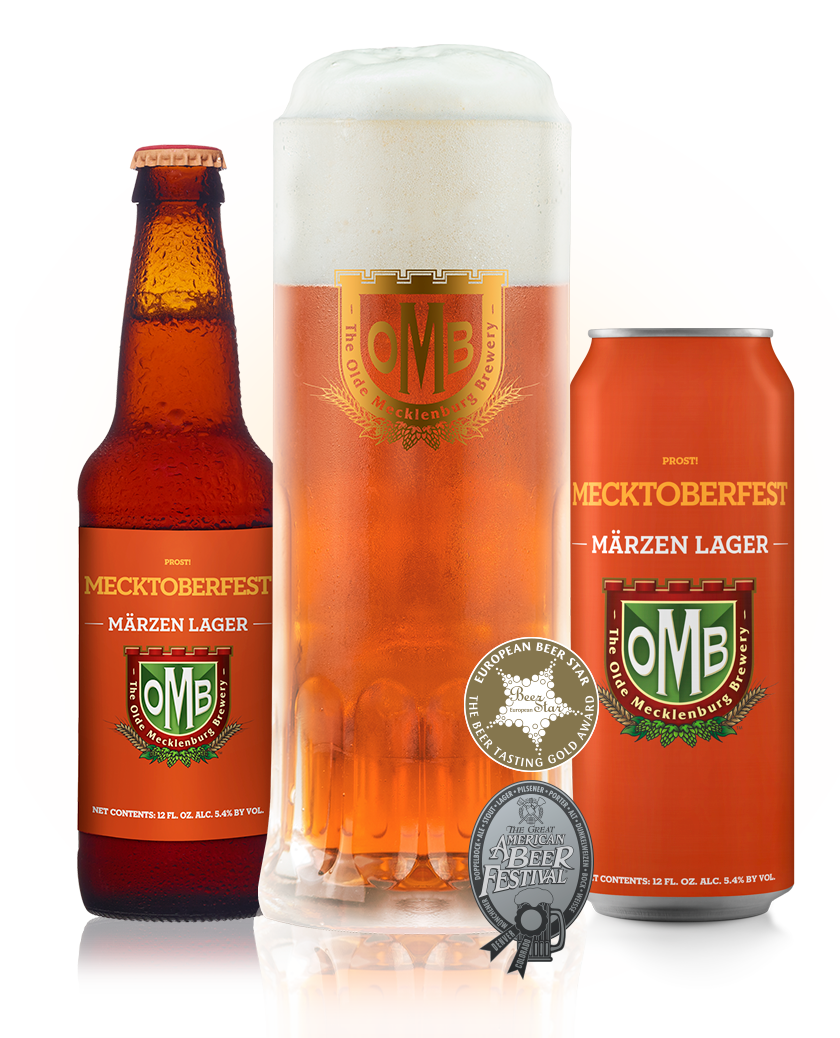 This Märzen-style amber lager is the original Oktoberfest Bier: rich, malty and super smooth courtesy of Munich malt, noble hops and a yeast strain from the oldest brewery in the world. It’s beer season! Celebrate with the season’s freshest, most authentic beer. 2X Winner of the Gold European Beer Star and a Silver GABF Medal!

The European Beer Star Competition is widely considered to be the World Championship of Beer, with more than 2,000 beers from 42 countries judged by a 72-member panel of European beer experts.

Märzen Bier (the name literally means March beer) originated in Bavaria in the 1500’s.  Brewing beer in the hot summer months was forbidden at that time for quality control reasons.  As a result, so-called March beers were brewed in the spring and stored in caves over the summer until the cooler weather arrived in the fall and brewing could resume.  Today’s Lager version of Märzen beer, the original “Oktoberfest Bier”, was perfected in Bavaria in the late 1800’s during the early stages of the Lager revolution.

Perhaps as a result of the Märzen style’s unique place in Bavarian history, Germans in general and Bavarians in particular are very proud of their Märzens.  That pride is evident when one looks at the historical results of the European Beer Star competition.  Only twice in the past 10 years has a non-German brewery won gold in the Märzen category.  Both times, that brewery was OMB.  When you consider that European Beer Star judges grew up drinking German-style beer, you could say they know a good Märzen when they taste one.  After tasting OMB’s Mecktoberfest this year, they once-again crowned it “best in the world.”

“The European Beer Star competition features breweries from around the world, including many that are centuries old from the heart of Europe. This competition is literally held in the middle of the region where the Märzen Lager was invented,” OMB founder John Marrino commented.  “These judges know what this beer is supposed to taste like; and twice now they’ve said Mecktoberfest is the best in the world.  That’s pretty satisfying.”  He added, “We’ve won many medals over the years at local, regional and national competitions in the US such as the Great American Beer Festival.  However, since we specialize in German style beer, winning our second gold for Mecktoberfest and third overall at the European Beer Star is extra special (OMB also earned a gold medal for its Fat Boy Baltic Porter.)  To me it’s a powerful confirmation of our team’s dedication to quality and traditional brewing methods.”

OMB prides itself on brewing traditional beers and delivering them fresh to the Charlotte region and neighboring communities in North and South Carolina.  All its beers are crafted using only four all-natural ingredients; water, malt, hops, and yeast.

The Company was founded to enhance the quality of life in its community through the simple pleasure that is world-class beer.  Every drop of OMB beer is brewed on Yancey Road in the heart of Charlotte’s LoSo neighborhood, where it operates a state-of-the art brewery on the renovated American Crankshaft factory site.  Adjacent to the brewery is its signature Brauhaus restaurant and Biergarten, an oasis where thirsty Charlotteans can relax and catch up with friends and family.  Whether you’re sitting inside the Brauhaus, outside on the patio, or under the mature oak and pecan trees in the ‘Garten, when you visit OMB you’ll feel like you’ve been transported to Munich or somewhere deep into the Carolina countryside.

MORE ABOUT THE OLDE MECKLENBURG BREWERY:

Charlotte’s oldest brewery opened its doors in 2009, igniting a beer renaissance in the Queen City.  Today OMB employs almost 150 Charlotteans in its brewery, restaurant and distribution operations.  OMB also buys from dozens of local vendors and business partners, and has contributed millions to the community over the years in the form of state and local taxes.  The virtuous investment cycle in our local economy is one of the major benefits of producing products locally, and just one small part of OMB’s commitment to improving the quality of life in Charlotte.  Not all things can be made local, but beer can and should be!  Try OMB because it’s local, drink it because it’s good! For more information, visit oldemeckbrew.com.